Let’s kick tonight’s entry off with a video of Levi’s newly acquired skill:

Our area has been spiking with new COVID cases so we have been staying tucked in with the boys for most of the week.

And for those of you tracking our bear visits, they have been coming in waves over the last two weeks- papas, mamas, and babies. They haven’t come within camera shot but we have been hearing them outside after dark and the neighbors have been catching a few pics. The next door neighbor sent me photos of this gigantic bear- hands down, the largest one we have seen yet. You can tell a bear’s age by the placement of the ears- the wider they are on the head the older the bear.

The other age sign to look for is their hind legs. The further out they rest the older the bear. The closer they stay together the younger the bear.

This week has been filled with a lot of laughter. Actually, laughter remains a pretty big constant in our world. I have started to see it for the gift it truly is from God, as it has such healing in it.

Sometimes we laugh because things are funny. Like goofy Levi running around in his winter hat pushing the fart button or Malachi swinging joyfully in his swing.

Sometimes we laugh when things get awkward and almost dangerous. Like when Levi uses the big soup pot as a stool and finds the giant knives we have hidden from him. Jesus take the wheel!

Sometimes we laugh to distract from pain. The pain of others, like when Levi trips over the soccer ball and hits the ground hard. Or when we change out a tummy tube on one of the boys- laughing and rejoicing like they have done something super special.

Sometimes we use laughter to ease a tense situation. Like Levi this week as he attempted his first solo ride on the horse at therapy. He was scared, yet we continued to laugh and cheer and pretty soon he too was laughing and riding with confidence.

And sometimes we laugh to keep from crying. Usually these laughs happen when I am running low on sleep and energy and something happens that is completely out of my control. Those are the “take a deep breath” moments to talk those tears out of falling from my eyes and focus on the humor of the situation. Like when we tried to increase Levi’s overnight g-tube feeds. While Jake took a quick potty break in the morning, Levi vomited in our king sized bed, tracked it (while continuing to vomit) across the house where I was sleeping with Malachi, then streaked that vomit onto that queen size bed too. In doing so, he woke up Malachi after I had spent hours trying to get him to sleep. 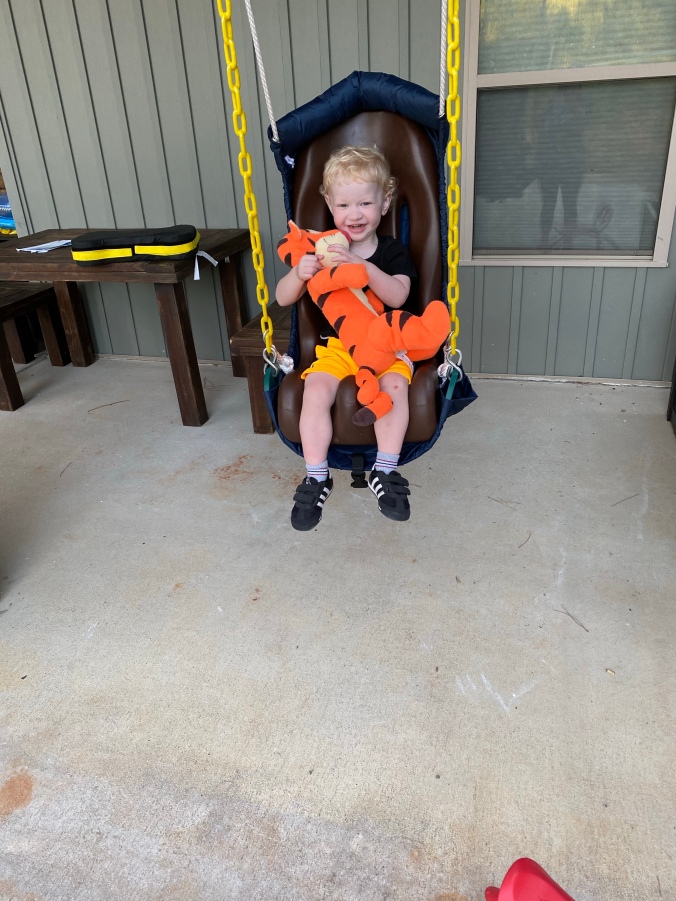 But in the end, the laughter is truly a gift from the Lord and one I have learned to never take for granted. When you spend time in and out of hospitals with your children there are long periods of time where laughter can’t reasonably exist in your world. When you finally come out of those dark days and have that first genuine smile and first real belly laugh you realize the power and healing of those two actions.

I can vividly remember a time several weeks after the birth of each boy when I naturally and genuinely smiled over something, and I remember those moments because my face was so physically sore after. 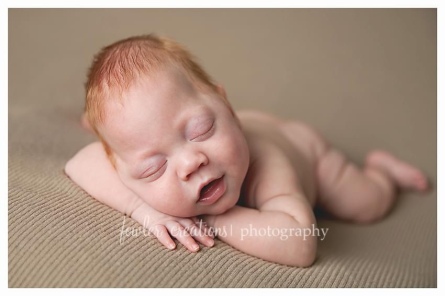 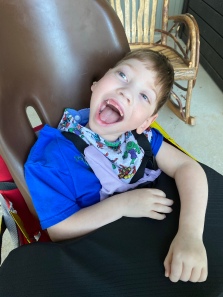 Facebook popped up some memories this week, and ironically enough one of them was a video of Malachi’s first laugh. As you know, Malachi had such a rough start in life. We made it home but the blows continued to hit. He developed a very rare and damaging form of epilepsy a few months after we got home and the medication required to control them robbed his personality and cognitive development from us for several months.

He was 16 months old when we first heard it…Jake was holding Malachi over his shoulder while singing and doing the dishes. I was in the living room and we heard a strange squeak come from him we hadn’t heard before. My first instinct was to grab my phone and call 9-1-1, worried that he had stopped breathing. I grabbed my phone and ran over to him to find a little smirk on his face. As Jake continue to sing we heard it again- another shrill squeak.

I will never forget what that noise, Malachi’s unique and genuine laughter, did to my mommy heart. It sparked a hope in me that I can’t explain. It reminded me that there was a silly boy trapped in that body that enjoyed hearing his daddy sing silly songs. And as the years have gone by, Malachi’s laughter has continued to grow along with his big, sweet personality.

His laughter heals my heart. It breathes life back into me on hard days.

Here is a video of one of his belly laughs from the week:

But in Genesis 18 we read a story about laughter that reminds me that sometimes we laugh to mask our grieving. It can even become a defense mechanism that morphs into a rejection of belief in the impossible.

For some context, Abraham was sitting outside his tent and suddenly the Lord appeared to him in the form of a man with two other men with him.

Then they said to him, “Where is Sarah your wife?” And he said, “There, in the tent.” He said, “I will surely return to you at this time next year; and behold, Sarah your wife will have a son.” And Sarah was listening at the tent door, which was behind him. Now Abraham and Sarah were old, advanced in age; Sarah was past childbearing. Sarah laughed to herself, saying, “After I have become old, shall I have pleasure, my lord being old also?” And the Lord said to Abraham, “Why did Sarah laugh, saying, ‘Shall I indeed bear a child, when I am so old?’ Is anything too difficult for the Lord? At the appointed time I will return to you, at this time next year, and Sarah will have a son.” Sarah denied it however, saying, “I did not laugh”; for she was afraid. And He said, “No, but you did laugh.”

Sarah heard the words that her heart had longed to hear for years and years- she would have a son! And as these words pricked the center of her heart, she rejected them with her laughter.

Have you ever had a Sarah moment like that? A dream that you cling to and treasure deep down in your heart. The years tick by and the dream stays unfulfilled. For me, that dream is Malachi’s complete and total healing. I KNOW God can heal him, but each day I wake up and see that the healing hasn’t happened I deal with that grief and disappointment all over again.

I am sure Sarah battled the same bitterness root that I catch growing in my own heart. So when her dreams were spoken aloud and promised to be fulfilled within a year it brought forth a scoffing laughter, revealing the depth of those bitter roots.

I love that God calls her out on her internal dialogue. His response is short and powerful:

Is anything too difficult for the Lord?

But that statement also reminds me that when we allow ourselves to scoff at the impossible, or believe it too big a task, we are essentially declaring that God is not able.

But the line after that sentence is noteworthy as well.

At the appointed time I will return to you…

Every dream we carry in our hearts, every miracle we pray for, every unanswered prayer has a God appointed time.

Our belief in the impossible is so incredibly important, but trusting the timing of God is also such an important factor of faith.

So tonight I am forgoing the laughter of disbelief and instead placing my faith in “the appointed time” when I know God will heal my boys. It may not happen on this side of heaven, but I have confidence that one day I will see Malachi run and I will hear him say “I love you”. And I will watch Levi run with ease, breathing effortlessly and jumping up and down on straight ankles! At the appointed time.