This week was a special week for so many reasons. Last Sunday marked the day Malachi was “supposed” to be born…his due date was May 21st, 2013 and as most of you know, Malachi came on February 4th, 2013. 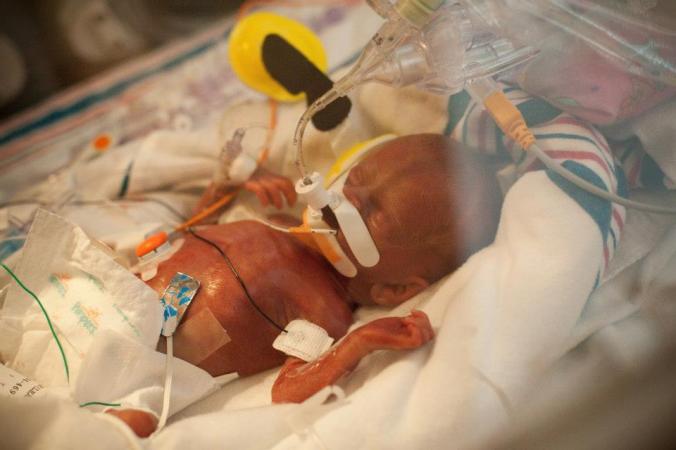 But yesterday marked a very special day- May 27th was the day we brought our little miracle home from the NICU. 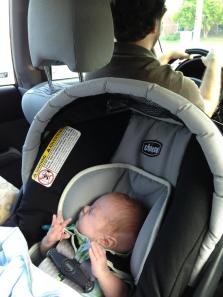 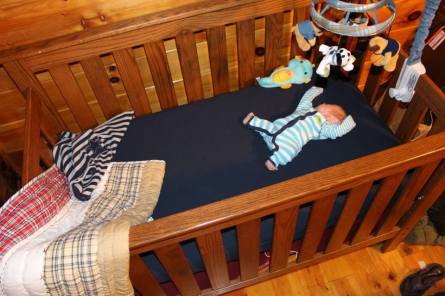 It was the first time we were alone with our four month old son, and what a terrifying experience it was! I remember not wanting to fall asleep, for fear that he might pass away. I stayed up for hours and hours just watching him sleep. As exhaustion began to win the battle over my mind I laid on the couch next to his bed and prayed that God and His angels would protect Malachi.

We were a frenzy of activity in those days. Most weeks we had around 16 medical appointments, and 24 doses of medications a day. We were running on adrenaline, knowing our sole purpose in life was to keep Malachi alive.

Life has changed so much over the last four years. Malachi has changed and has developed into such a wonderful boy. His personality is one of a kind, and just to watch him interact with the world is exhilarating and fun. 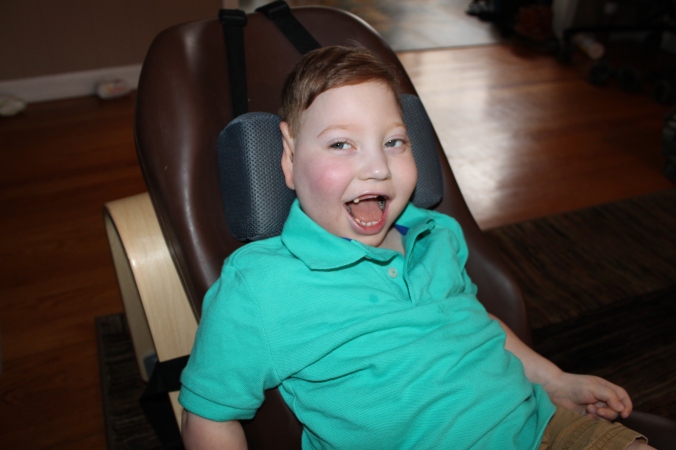 His joy is contagious and when he laughs you can’t help but laugh with him. This week we have been fascinated by grocery bags and paper tearing.

What a blessed family we are to have been given such a precious child.

Malachi has had a very busy week! We embarked on yet another adventure as we did some house-sitting/dog-sitting for my brother while he was on vacation. They live “in town”, which is about 30 minutes from where we live. I packed up a few bags with essentials and Malachi and I stayed overnight there for the last week. Jake was still finishing up his school year so he would come around 4:30pm until bedtime then head home for the night.

Anytime we are out of our environment it can be a challenge, but this one went relatively easy. This is also the brother who is keeping our dog Boomer for us as we are in a rental that will not allow pets. Malachi loves his dog so getting to wake up each morning to Boomer was a real treat. He would giggle and Boomer would give him kisses alllll over his face. 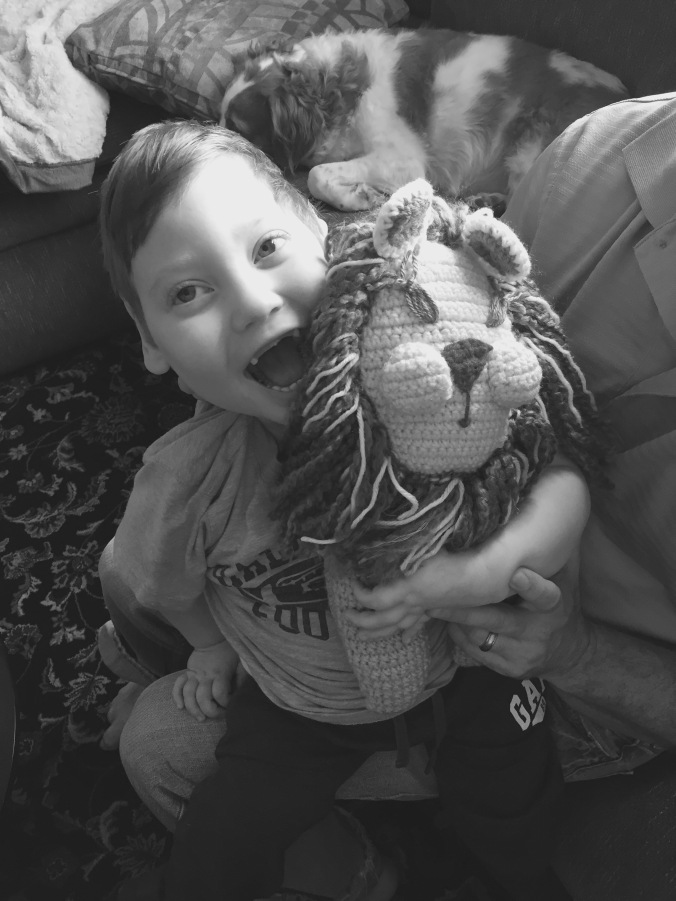 Malachi got a much needed haircut this week from our church friend. He also got to go swimming for the first time this summer! He was a chatter box the whole time in the water and lasted nearly an hour and half before he was ready to get out. And yes, he took a nice long nap that afternoon haha.

Unfortunately, Malachi started feeling sick this evening. His temperature just rose to 101 and he vomited for the first time in nearly 5 months. He is awfully pitiful right now so he will be spending the night in the bed with mom and dad so we can keep a close eye on him.

If you are new to the blog, sick Malachi is a challenge. His seizures increase and he goes into coughing fits that last several minutes, causing his whole body to wretch and also causing him to gag then vomit. It is an all hands on deck situation as we try our best to keep him comfortable and hydrated, all while monitoring him closely for pneumonia.

It is absolutely alarming how many children like Malachi pass away from a generic illness like a cold. Their bodies just have a hard time coping with sickness and things can spiral quickly.

Malachi’s personality continues to develop and he has started doing such mischievous things. These things are so “normal” for other kids his age, so it is fun to watch him try to be bad. For example, this week he indicated that he wanted to color while we were having lunch at a restaurant. We gave him the option of two colored crayons, and he chose his favorite (he is very opinionated these days and LOVES when he gets to make a decision). I put the crayon in his hand and he spent the next two minutes trying to figure out how to throw it onto the floor…grinning the whole time. 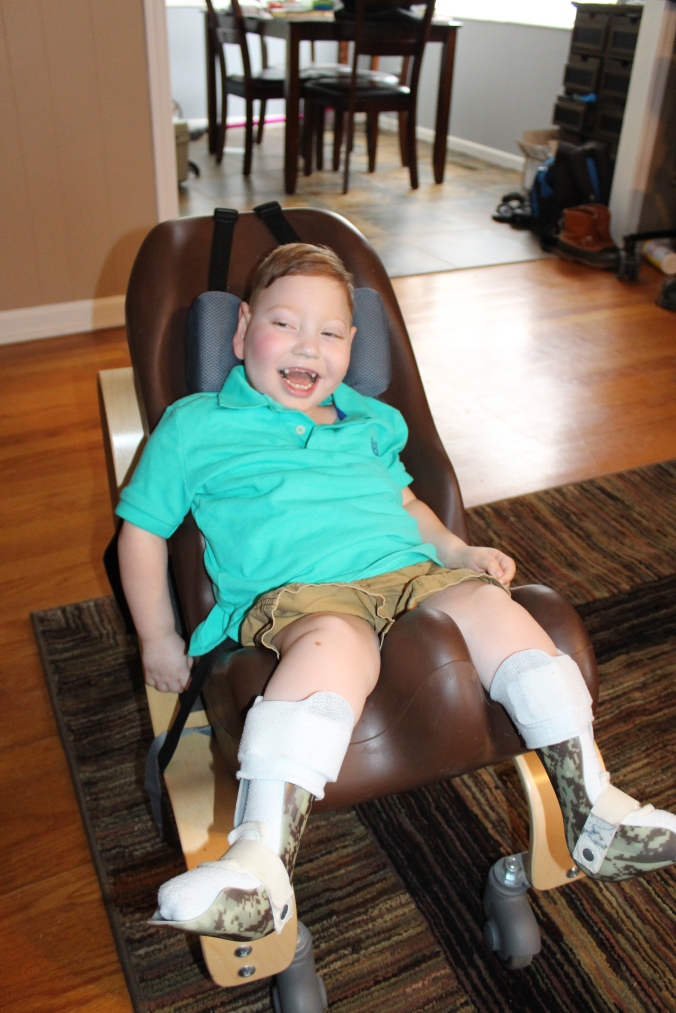 Let’s also pause for a moment and talk about how BIG he has gotten! Look at those long legs!

One of my newest triggers for worries has been Malachi’s spine. We will go to Vanderbilt in just a few weeks and I will be able to talk with the orthopedic doctor about it, but until then I am a bundle of nerves. Because Malachi is immobile he is at a very high risk for developing scoliosis and other back issues. As the spine worsens on CP kids, it can put pressure on vital organs like lungs, making it hard to breath. Spine surgeries are unfortunately very common with severely affected children like Malachi. 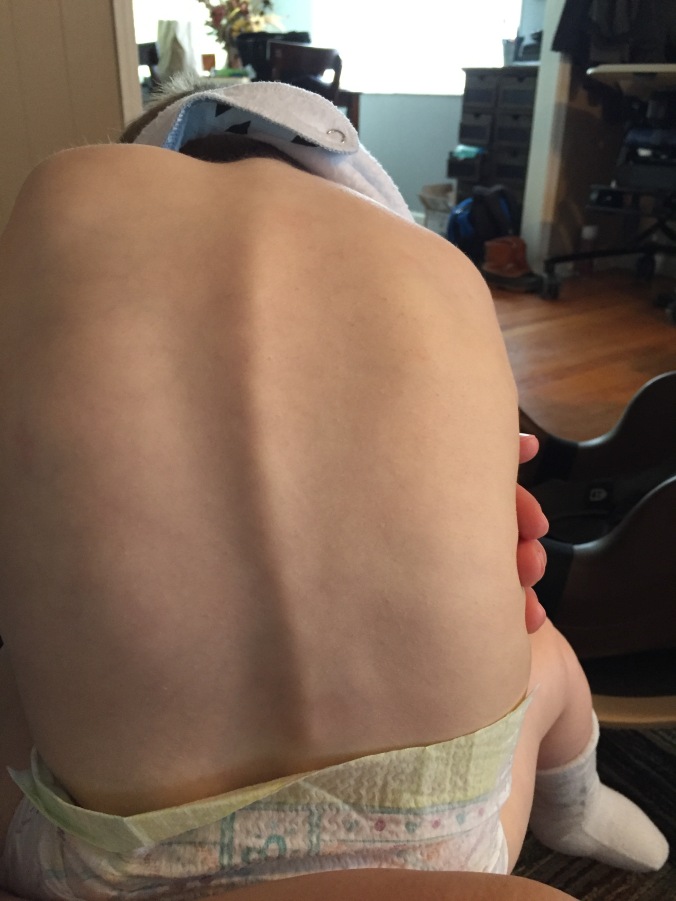 Not bad yet, but has been consuming my mind with worry. This is specific prayer request to add to the list. If God can make crooked paths straight I know he can do the same with Malachi’s spine!

And one more silly video for you. We have been working on language with Malachi, and in this video we were focusing on the word “Run”. He was working so hard!

The last Sunday of every month I pull the children (grades 1st-5th) out of the regular service and talk to them about a tough concept from the Bible. My goal each time I do this is to teach them something they haven’t heard before. As I spent time preparing for the lesson this month I felt led to talk to them about fearing the Lord.

We talked about how the original scriptures were written in a different language and when we translated them into English some of the words didn’t translate as well as they could have. In Hebrew there are two words for fear: 1) pachad- which means fear, dread, and terror and 2) yare- which means honored, respected, revered.

I explained to them that when God says his name is to be feared, it is in the context of yare. We are to respect the name of God, regardless of the things that happen in life.

As I prepped the lesson I tried to think of biblical examples of someone that feared God in this way, and one of the main ones that came to mind was Job.

As I gave a brief summary on Job’s story I watched as the kids eyes got wider and wider. They clearly had never heard the story before, and my did they have questions. Hands went up as they began to ask things like “Why did God allow all of his children to die if he was so righteous?”

Our lesson very quickly took a different route as we talked about trials in our lives and how to view them.

We talked about trying to live in such a way that we catch the eye of God, just as Job did.

I had the opportunity to explain to them that even though we have been given a trial- the challenge of raising a medically fragile, special needs child- we choose to focus on the fact that God had confidence that Jake and I would not only handle this trial, but do so with praises to God rolling off our lips.

I hope that like Job, I have the strength to continue to honor and trust God, regardless of the trials that He will continue to allow in our lives. I pray that the Carroll family would live in such a way that our names roll off of the mouth of God frequently in the heavenly realms. I pray that fearing the Lord stays a top priority in our daily walk with Him.

If you haven’t read the book of Job, make that a goal this week. The book will no doubt challenge you!

Please continue to pray for our family. There are so many things in our lives right now that require prayer. Jake’s dad has been diagnosed with lymphoma and has started a rigorous chemotherapy schedule, so there will be several more Ohio trips in our near future as we try to help carry that burden alongside of him.

Thank you for taking the time to check in and join us in praying for miracles for Malachi.